Sorry for the delay, but the livestream will start at 7:50PM

The number and complex needs of individuals and families experiencing homelessness in our community is continuing to grow. By coming together to grow the depth and breadth of our life-changing services in our Men’s Shelter, Meal Programs and Men’s New Life Recovery Program, we’ll be able to transform more lives like Stan’s! 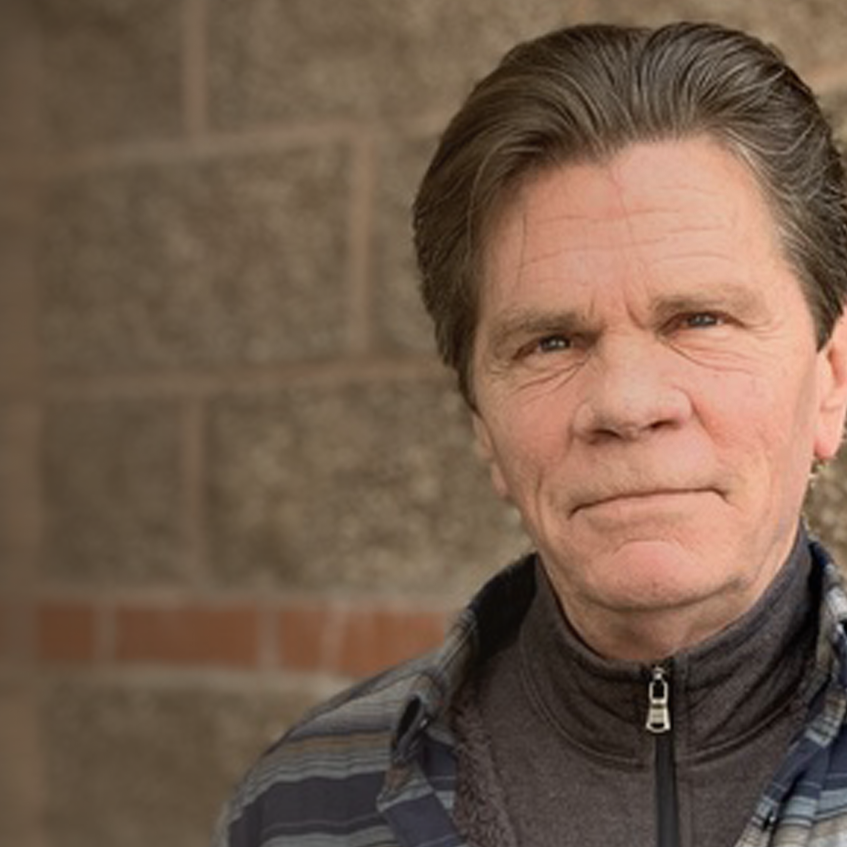 Where Else Will They Go?

Stan never expected to be homeless. But while on a train, moving to Washington for work, everything he owned was stolen.

“All my possessions were stolen, including my wallet, my social security card and laptop and ID,” he says.

Then, when he arrived, things went from bad to worse. After Stan got off the train he looked for an area away from the crowds to smoke a cigarette. As he walked down a set of stairs, he slipped on a patch of ice, hit his head hard enough to knock him out, and fell into the nearby bushes so thick no one could see him.

“Every time I tried to stand up and walk, I would pass out again,” he explains. “After two days laying there, I finally crawled out to the curb and after about 30 minutes, finally waved down a police person.”

Stan went to the hospital where they told him if he had been out there one more night he would have died. That’s how dangerous it can be sleeping out on the streets.

Thanks to the support of friends like you, after Stan was released from the hospital, we were able to provide him with a warm, clean bed and plenty of food. We helped him get replacement ID cards so that he could access his bank accounts, be able to go back to work and apply for housing. We also encouraged him to join our New Life Recovery Program, where he began learning about God and was able to address an ongoing drinking problem he’d had for years.

Now he’s on an even better path than he could have guessed, and it all started because we were able to provide him shelter and meals when he needed them most!

But right now, we barely have enough space to help all the men like Stan who come to us.

“There’s a lot of people down there, way more than this place has space for,” Stan says, explaining what it’s like at the Men’s Shelter. “But where else are they going to go? You just have to watch your step, literally tiptoeing around people.”

The truth is, there is nowhere else for them to go.

“Growth is necessary because, at some point, you’re not going to be able to put people on top of people.”

Our Neighbors Experiencing Homelessness Need You

Even before the pandemic hit, capacity at the Men’s Shelter had hit a limit.

We were regularly serving almost 200 men each night in a shelter originally built 22 years ago to serve 60.

In growing the depth and breadth of our life-changing services, we’ll be able to serve more individuals with the dignity and compassion they deserve and need to truly transform their lives.

Your Gift Will Help:

Provide More Shelter. We have to double our capacity to meet the growing need for safe shelter.

Expand And Renovate the Men’s Bathroom. Right now, there are only 6 toilets and sometimes we have 200 men staying with us! Our new bathroom plan has 20 showers, 12 toilets, 10 urinals and 14 sinks.

Feed More People Safely and Efficiently. Connected to our Men’s Shelter is our public dining room and kitchen, which we call the Good Neighbor Cafe. It serves over 800 meals a day and 300,000 meals a year to men, women and children in desperate need.

Renovating and expanding it will allow us to serve more of our hungry neighbors and provide more space between chairs and tables for healthy social distancing between guests.

Increase Our Dining Space.Our courtyard in front of our Men’s Shelter has been an incredible gift during the pandemic. We hope to install a permanent roof so that we can continue to use it for dining year-round, as well as a multipurpose space for things like career fairs, health clinics and other guest services.

THE NEED IS RISING

But Together, We Can Help

Because of the impacts of the pandemic, the number of people coming to the Mission in dire need is only expected to increase. You can play a vital role in helping ensure that our most vulnerable neighbors get the help they desperately need.

Your gift of any amount will help to transform and restore another life.

Be A Part of History!

By helping to grow the depth and breadth of the Mission’s capacity to offer transformative services and resources, your gift will provide more opportunities to change lives than ever before!

You can help transform and restore lives for years to come.

“Whoever is kind to the poor lends to the Lord,
and He will reward them for what they have done.”

To Our Current Sponsors