No One is Garbage.

Charles hated living in a tent in a homeless camp. 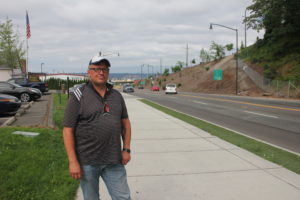 But the thing that’s been hardest for him about being homeless is how other people have treated him.

“People treat you like you’re scum when you’re homeless, and I’m not scum.”

Charles is right. He’s not scum. No one is. And yet, when people are forced to live in alleyways and under the I-5 overpass

, with people giving them dirty looks and avoiding them at all costs, it’s no wonder that’s how they feel. They can even begin to doubt their own life and worth.

The crazy thing is, people like Charles often end up homeless not because they aren’t willing to work hard, but because they’ve had a string of terrible luck.

“I lost my commercial driver’s license, testing positive for meth,” Charles says. The crazy part? He’d never done meth. “I took Sudafed with ephedrine in it,” he says.

Because some of the ingredients are the same, Sudafed — a simple cold medicine — can show up as meth in simple drug tests.

So, Charles lost his job and his work truck, which had been the roof over his head. He started driving for Uber to make ends meet but then his car was stolen.

“After that I started staying in the homeless camp, and my life went downhill after that. I think it’s about time I try to get it back.”

Thanks to friends like you, Charles is getting his life back. He’s only been at the Mission for a few weeks, but already he’s making great strides. 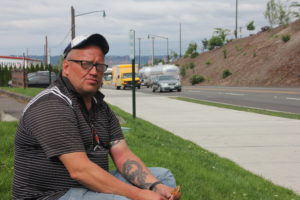 “It’s nice to know that there’s a place like this that’s willing to help you get back on your feet and help make the right decisions.”

As Charles works towards getting his license back and finding work, there’s one thing that he plans to keep doing: helping people understand the realities of homelessness.

“You’ve gotta start doing something that will change people’s attitudes, and not make them think that we’re useless and garbage, because we’re not,” he says.  “Alone, one person can’t do it, but if we all work together, I think it’s very much possible.”

That’s why your partnership matters.

Not only are you changing lives, you’re changing perceptions and showing our community that people from all walks of life matter.