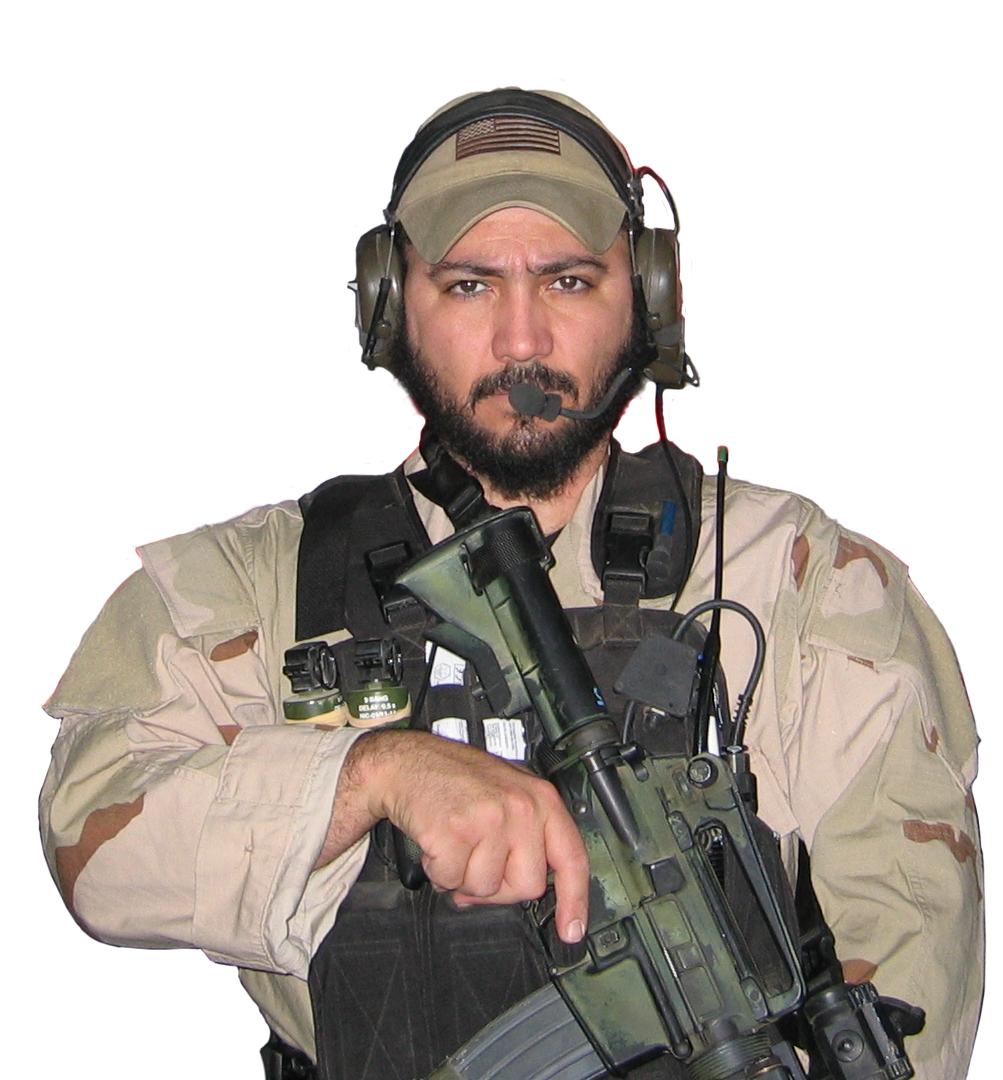 Luis understands. Afghanistan, Iraq, Nepal, and a whole lot of places he can’t share. For more than twenty years as a combat medic and in Intelligence Collector with Special Operations, Luis has seen and done it all.

And it wasn’t pretty, especially the time he witnessed a nineteen-year-old soldier lose his life the same day his own son turned 19 back home. Following a particularly bloody deployment in Iraq, Luis returned home angry, emotionally gutted, and to a marriage that was on the rocks. But God wasn’t finished with him.

A miraculous incident in which his unit was saved from what should have killed them all – led Luis back to God. This relationship with Jesus changed everything. Soon, he was leading Bible studies for his Brigade!

Yet, his military service had taken its toll. When he returned stateside for good, he was disabled, suffered from Post-Traumatic Stress Disorder, and was unprepared for civilian life.

But Luis was also a changed man. Offered a lucrative job as an intelligence trainer, he turned it down. He tells us, “They offered me six-figures to teach interrogation techniques. The kinds of things I did for the Army – I couldn’t reconcile that with who I am now in Jesus.”

Instead, Luis started serving breakfast at the Rescue Mission on Saturday mornings, building authentic relationships with homeless vets. When we were hiring for a new Men’s Shelter manager, it was one of these homeless veterans who told Luis to apply – and we were thrilled to hire him!

Luis understands better than most the effects of trauma on homeless people, especially our homeless veterans. He understands what it takes to overcome the mental anguish our guests and clients endure. And he has compassion for those who are lost.

Is it easy? No! In fact, he describes his first day at the Rescue Mission as harder than any combat situation. But Luis’s military background uniquely prepared him for this role that God has led him to.

Luis knows the secret to helping vets and others overcome devastating trauma. And he’s sharing with anybody who will listen: “Many of us veterans carry hidden scars that can only be healed by God’s love. You’re talking to a disabled vet diagnosed with PTSD. But I personally know that there is no such thing as someone who is too far out for God.”

Luis’s bravery has extended beyond the battlefield – fighting for lives that are dangerously close to being lost on the street. With your support, Luis and all our team offer help, hope and healing to as many hurting, homeless veterans as possible. Thank you for doing your part!