If you met Stacey two years ago, you would have been scared to death of her. And she would have wanted you to be afraid. Stacey was affiliated with the notorious Original Loco Boyz gang on 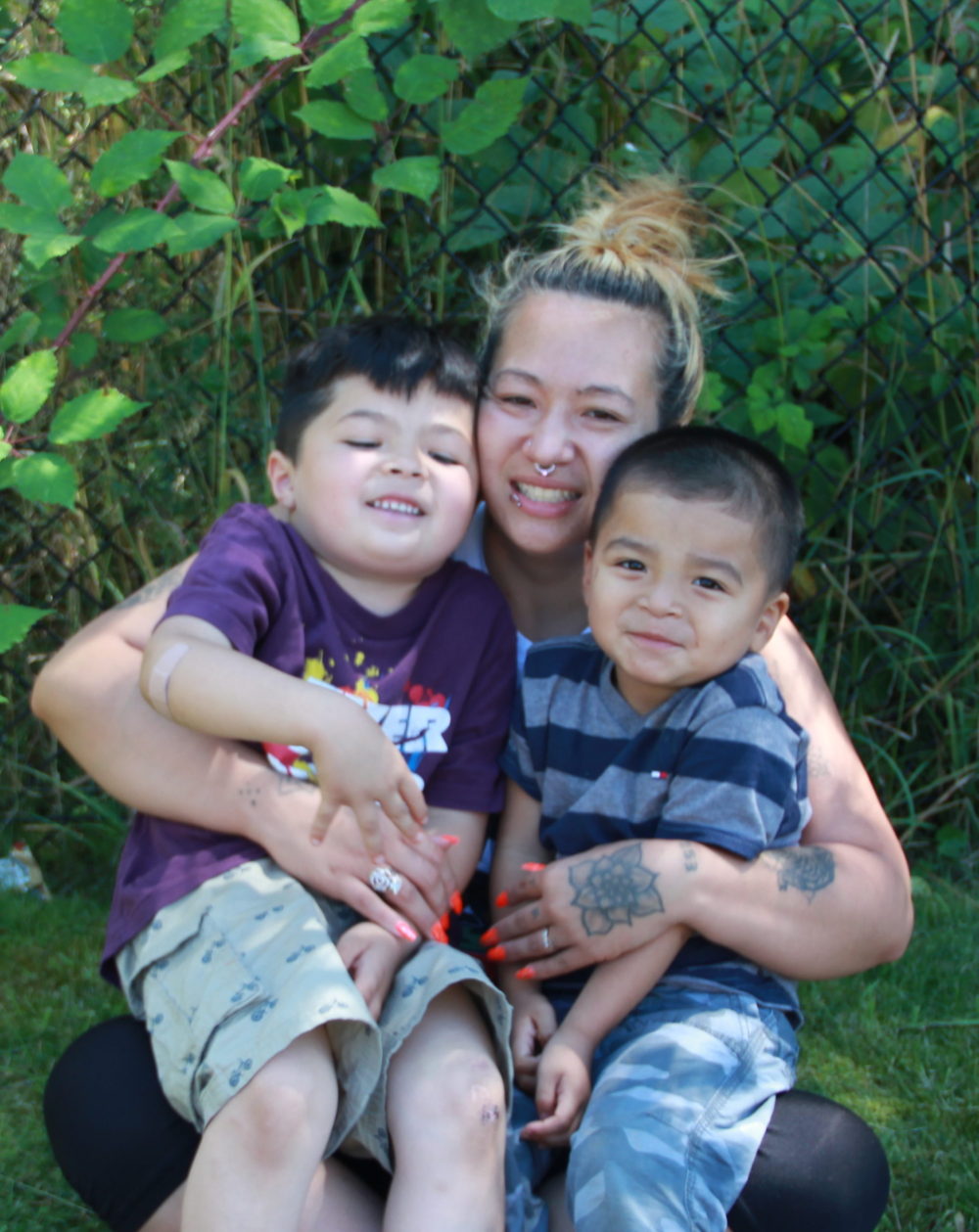 Angry, violent and drug addicted, she was a danger to anyone around her. But then, something miraculous happened . . .

It began early for Stacey. She lived in a gang-infested neighborhood in the Salishan housing projects. Her older brother was already involved in gangs when she was born. By the time she was nine, Stacey was already drinking and getting into trouble. Dropping out of school at twelve, addicted to meth by the time she was fifteen . . . arrested, she landed in and out of juvenile detention multiple times for violence . . . this was Stacey’s life.

If ever there was someone who had no hope left in life, it was Stacey.

Two years ago she was arrested again and put into jail. This time she lost everything: her car, her house and her two little boys. In jail, she realized she couldn’t continue living that way anymore. It wasn’t the life she wanted for herself – or her boys.

When Stacey was released, she came to the Mission, hungry, desperate and looking for a change. At first, she thought she’d just play the game until she got back on her feet. But that didn’t last long. She tells us,

I remember one day, I was thinking about leaving the program; it was like my first three months in, and it was five o’clock in the morning. I was outside and looking up, I was like, “God, if you want me to stay here, just give me a sign.” Then what they said in devotions that morning was exactly what I needed to hear. I just started bawling, and I was like, “Oh, my goodness. He’s real.”

Stacey crossed the bridge to hope.

Last month, Stacey graduated from our recovery program. She’s regained custody of her young boys and has been sober and drug free for two years. She’s already enrolled in Pierce College and is a doting mother to her sons.

Stacey has gone from feeling she had no hope, to seeing a bright future for her family. She is embracing her new life:

This is the only program that’s ever worked for me after a 14-year addiction. I’m clean; I’m living a Christian life. I’m in school right now, working to get my Associate’s Degree in Science. This place is life changing. They call it the New Life Program, and I’m proof that it actually, really gives you a new life!